Roslee Castle was constructed in the year 1207 and built for Oliver McDonnell known as McDonnell of the Isles, the Islands between the coast of Antrim and Scotland. McDonnell came to Tireragh to marry an O’Dowd widow. The O’Dowd clan traces its descent from Fiachra, brother of Niall of the Nine Hostages, through Daithi, the last pagan King of Ireland who, legend has it, was killed by a bolt of lightning as he led an army to the foot of the Alps in 455 AD.

On the 2nd of July of 1618 King James 1, granted Daniel O’Dowd with various other possessions, “Two castles, a kitchen, a bake house within the bawn of Roslee”.  In the 1630s there was a mill beside the river which, it is said, was given by the McDonnell’s to a carpenter or mason to carry out their usual work.

The castle remained in the possession of the McDonnell’s and the Mac Sweeney’s who were under Chieftains of Tireragh for most of the time up to the rebellion of 1641, or possibly until the Battle of Aughrim in 1691. In 1691 the castle became the property of a man by the name of Ormsby, who was the owner of Fortland Estate, another Ormsby was granted Rathlee.

Today the tower is the only element still standing. The present entrance in the centre of the south wall is a modern insertion (it was formerly a window opening), and the original doorway (now blocked up) occurred in the north end of the east wall. Steps, indicated on the plan, led up to the east wall of the tower. The gateway to the east of the tower and the hall, which had a substantial base-batter, no longer exist (a base batter is an angle created at the base of walls and towers along their exterior surface to strengthen defences against undermining). The hall is rectangular in plan and is longer and narrower than the tower. Also no longer visible today but indicated on the plan made in 1779 is the bawn wall extending north from the west side of the tower.

In 1836 it was in the possession of Jones of Fortland Estate.
After the Famine of 1845/47, Jones went broke; the Fortland estate was sold by the Court of Actuary. John L. Brinkley, Jones’ lawyer acquired the estate at a low price.  At the beginning of the 1800’s a man by the name of Mr. Brinkley was commissioned to do some reconstruction on the top of the building.

In the 1980’s the people of Easkey formed “Save The Castle Fund” and carried out repairs to the building. It is certain that this repair work has helped save the castle from weathering and collapsing.

As is said of several other places – Ballisodare, Moyne etc, it is told of Roslee Castle, that it had fishing contrivance in the river, so arranged, that a fish, on touching it, set bells a going, and thus obligingly informed the cook that it was at her disposal. 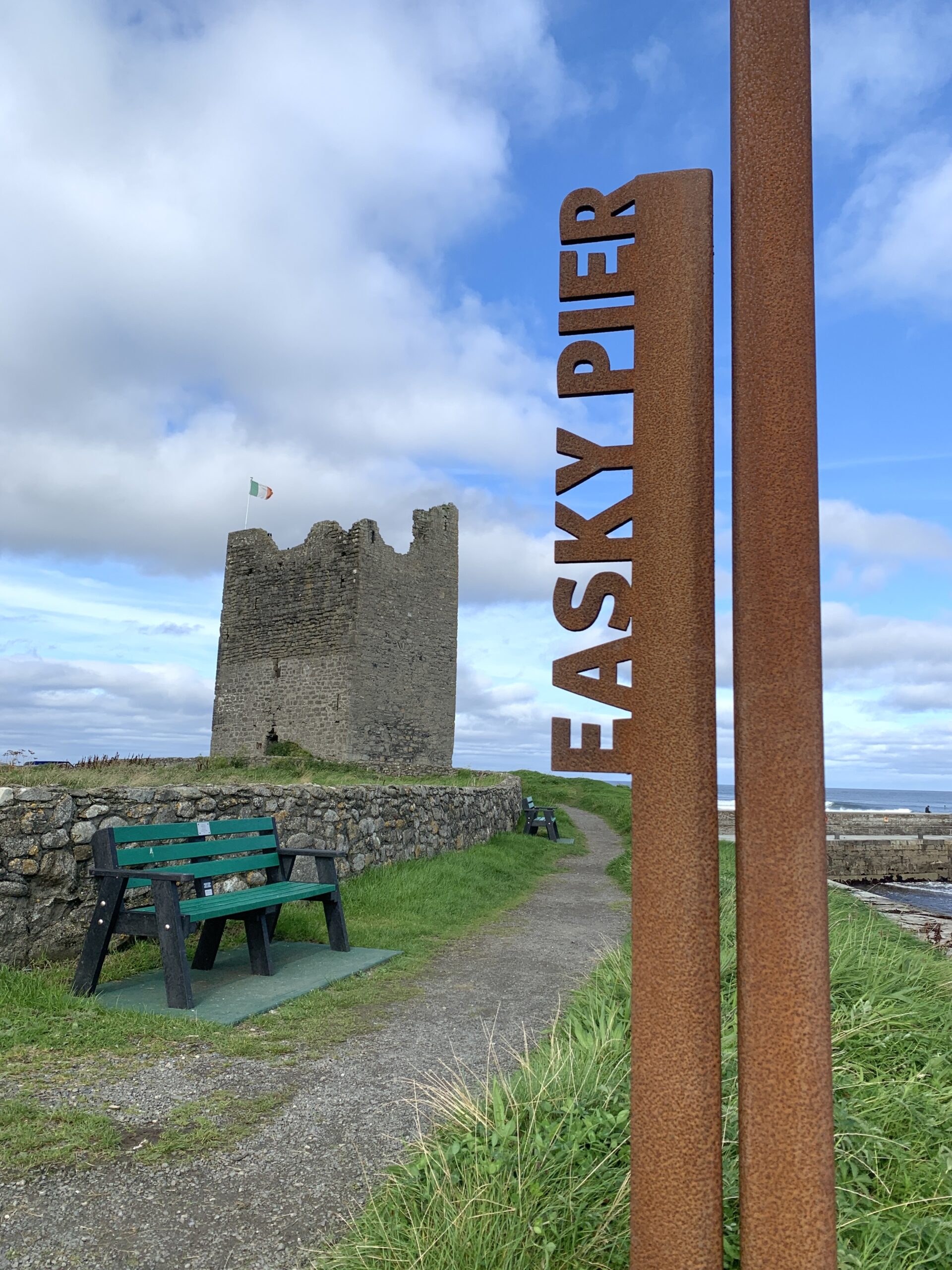 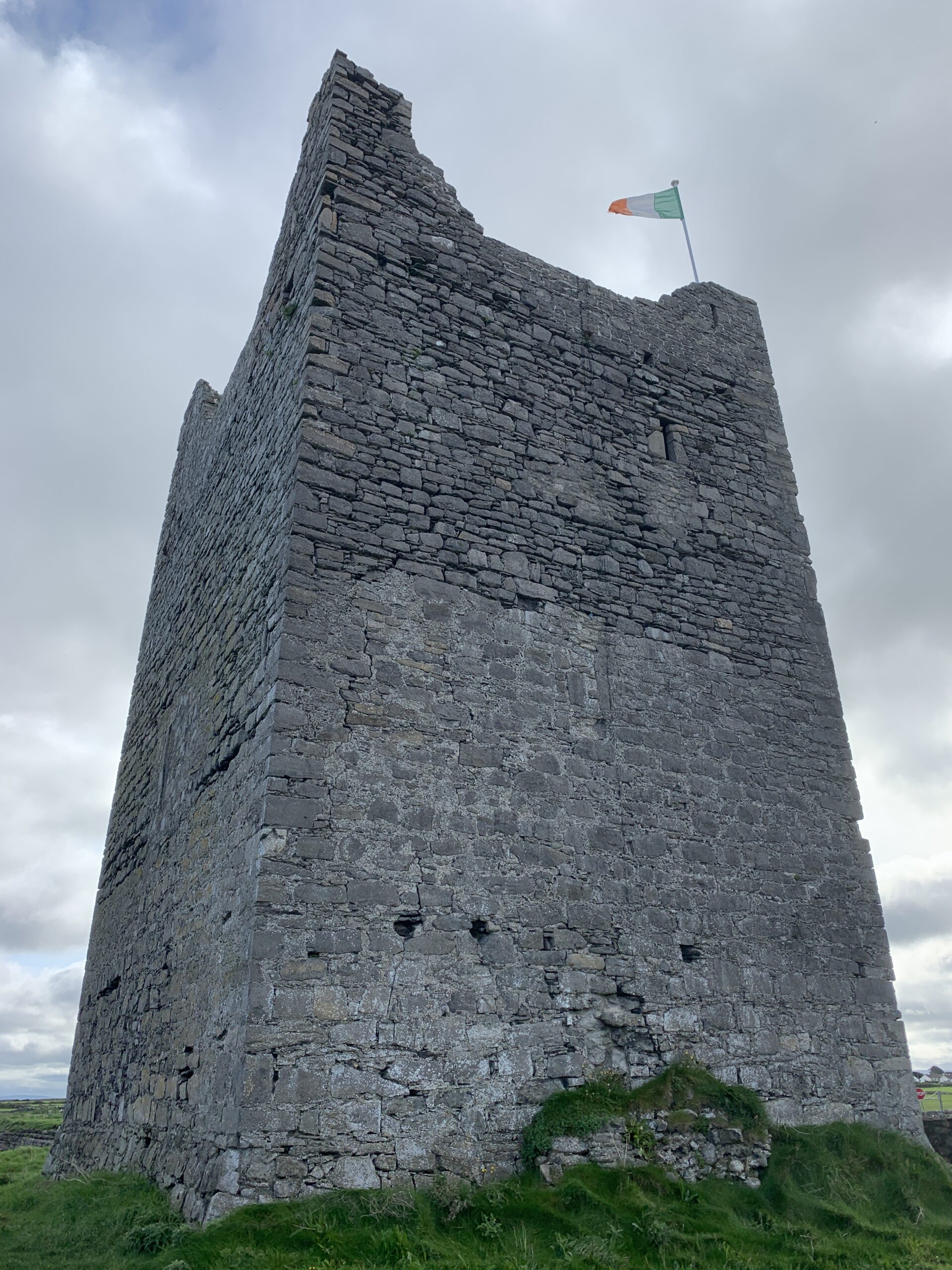 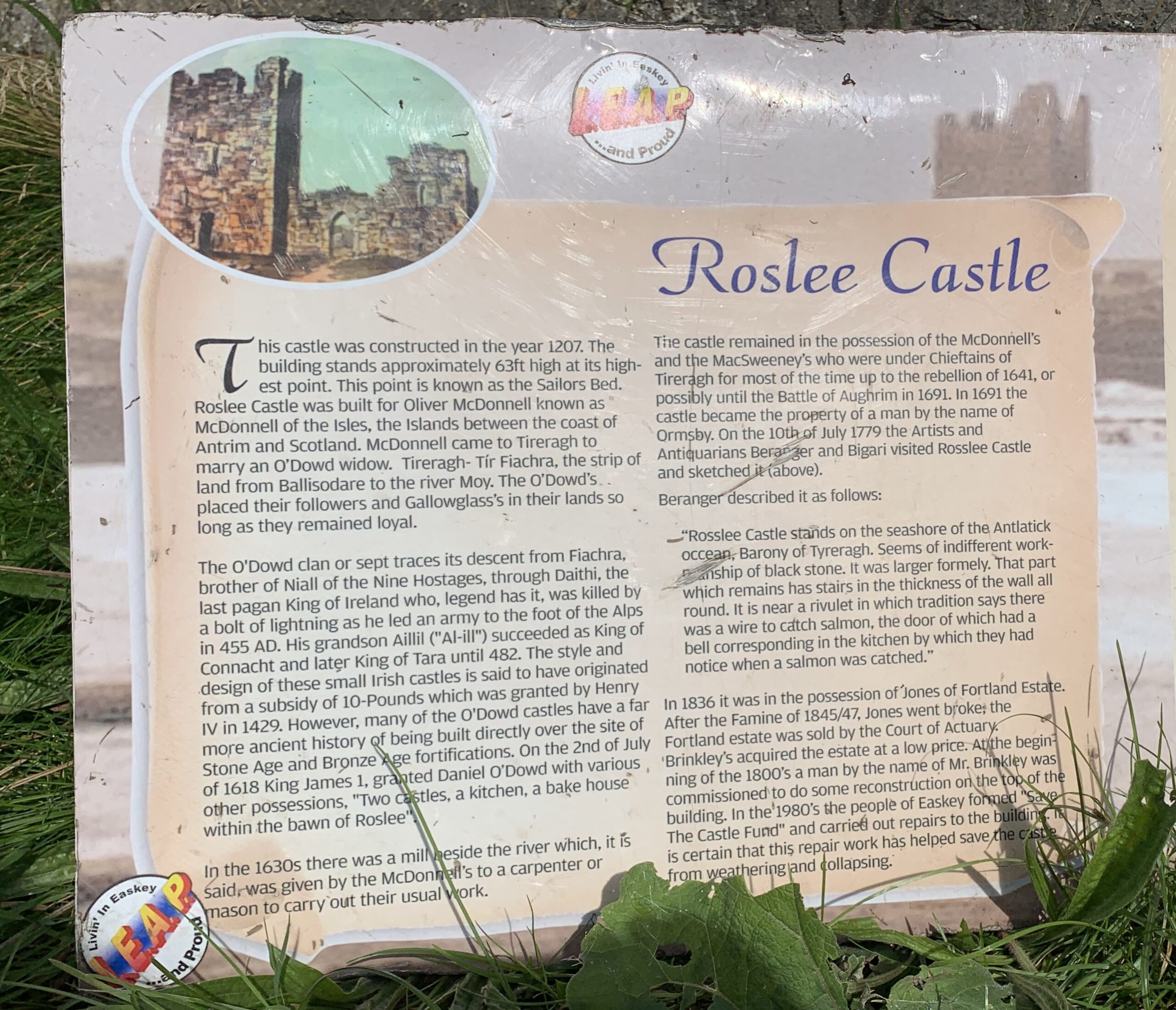 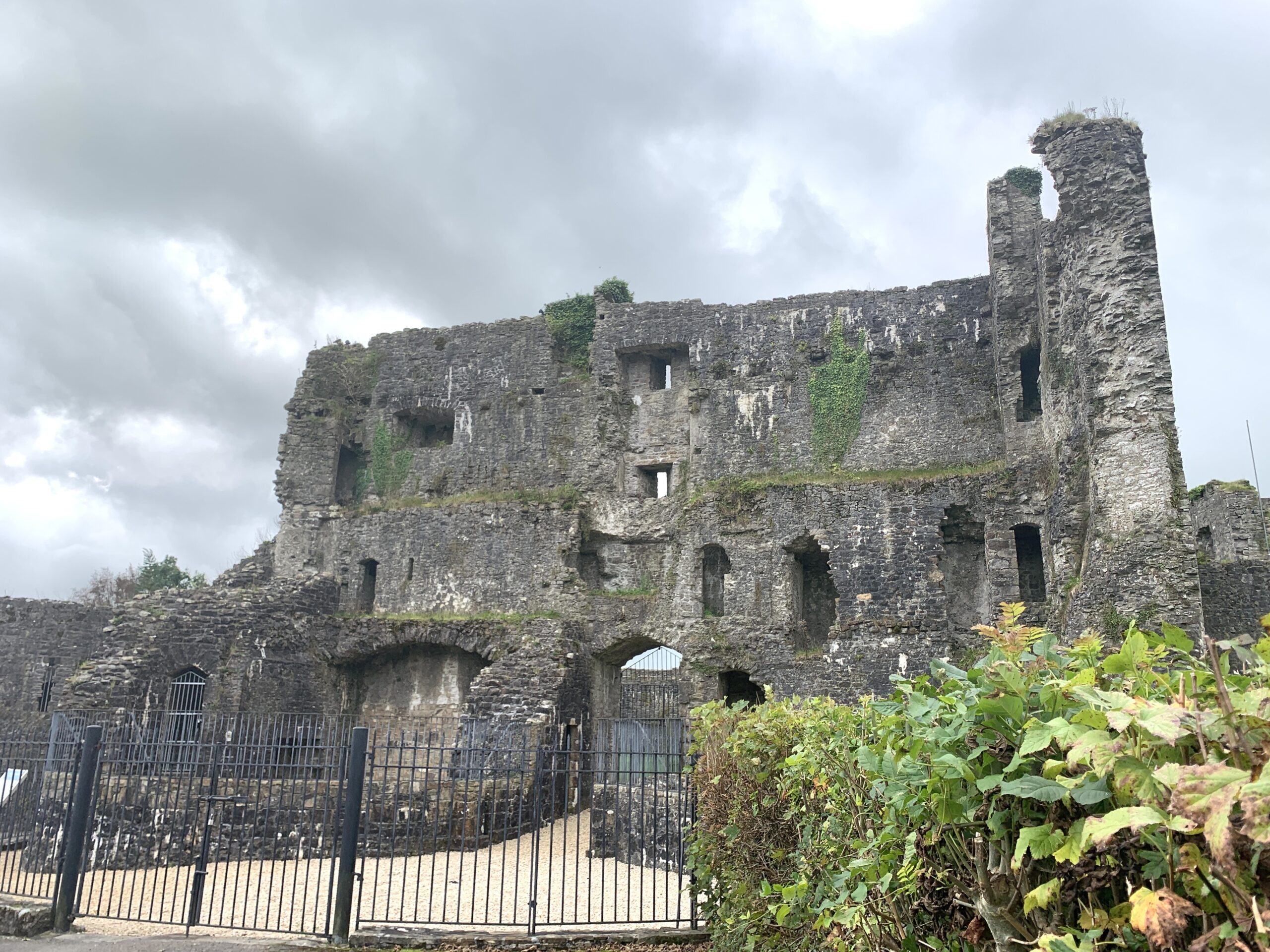 Ballymote Castle is a large rectangular keepless castle, built around 1300, on the outskirts of Ballymote, County Sligo. This area was known historically as Átha...